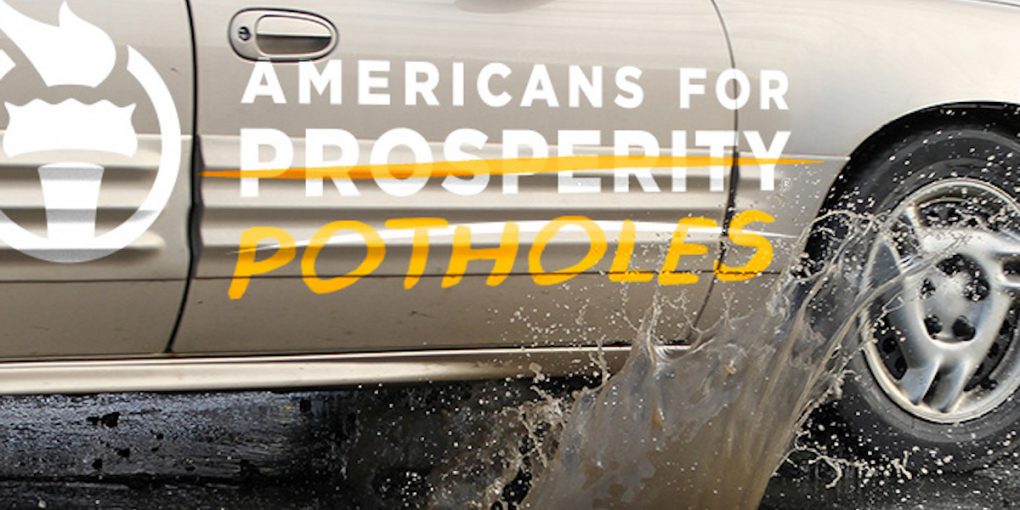 DC-based “outsiders” special interest group, Americans for Prosperity, has put a new meaning to the phrase “anti-progress.” They’re willing to say anything to keep our state from doing something to finally fix our crumbling roads and bridges.

This outsiders group is bent on holding us back and fighting newly proposed legislation that seeks to improve Louisiana’s dangerous roads and bridges for drivers across the state.

Don’t be fooled by them.

Here are some facts about Louisiana’s roadways you need to know:

–       Rated 44th worst roads and bridges in the United States by US News and World Report.

Our 14 billion dollar need to improve our existing roadways and thousands of structurally deficient bridges cannot be fixed by outside investors.

At least 30 states in the past six years and every state in the South has passed similar legislation and begun road and bridge improvement projects to reduce congestion and deaths. Americans for Prosperity are fighting Louisiana’s bill to fix our roads and bridges.

Their name should be: Americans for Potholes.