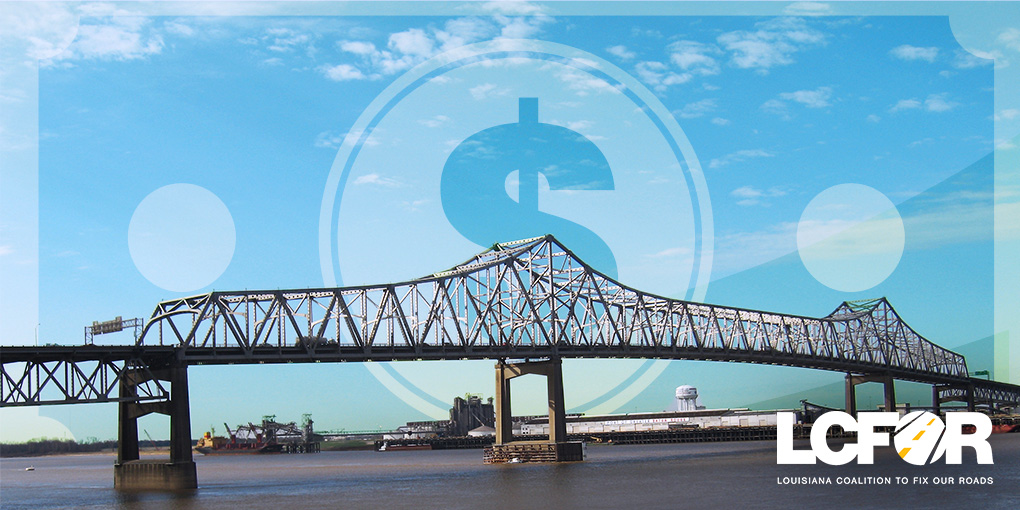 How does investing in roads and bridges help the economy?

According to a recent report by the University of Louisiana Lafayette’s Public Policy Center (Center), there are up to four dollars of economic growth for each dollar invested into roads and bridges. When it comes to “what government can do” to reboot Louisiana’s economy, roads and bridges remain the time-tested way to grow our way into a better economy.

In analyzing the issue, the Center found that investing in roads and bridges “inadequate infrastructure increases marginal costs for businesses, reducing productivity. Improving infrastructure can change market structure and the production and consumption processes.”

When looking to maximize the economic impact, the Center noted that “enhancing infrastructure that impacts the distribution and movement of goods and services may have a higher impact on economic benefits than other types of publicly funded infrastructure. Developing regional amenities, such as through improved transportation access and quality, may attract households and firms and increase the regional impact of public investment.”

Government is extremely limited in what it can do to create jobs and spur economic growth on a short term basis. Investing in roads and bridges is the proven way to have both a short and long term positive impact on the economy.

Louisiana – like other states and the federal government – has long relied on the gas tax to fund its roads and bridges. According to the Center’s research, “drivers pay $0.20 in state taxes and $0.184 in federal taxes on each gallon of gasoline.” Louisiana’s base gas tax of $0.16 was enacted in 1984 with an additional $0.04 to support a specific list of projects – the Transportation Infrastructure Model of Economic Development (TIMED) program was approved in 1989 that went into effect in 1990.

The challenge with a fuel tax is that it’s based on consumption of fuel and not the price of fuel. 20 cents per gallon had more value in the 1980s than it does today and consumers actually use less fuel per capita today than they used to because of increased fuel economy. If you only look at the effects of inflation, the Center found that the purchasing power of the fuel tax in Louisiana has been “eroded 61.5 percent” since 1984.  To regain that purchasing power, the state fuel tax would need to be increased by 25.5 cents.

Louisiana versus other states

The Center also found that, on average, states fund 73 percent of transportation spending with the rest coming from the federal government. In Louisiana, we only fund 49 percent, relying much more heavily on limited federal funds.

The state of Louisiana roads and bridges

When you consider our history and how we compare to other states, it’s easy to see why Louisiana has such poor roads and bridges. Since 2012, the backlog of projects has grown from $12.1 to $14.8 billion, and this only relates to fixing the roads and bridges that we have now. It doesn’t speak to the additional billions of needs for new roads and bridges across the State.

Because of our failure to act, the Center found that “nearly 50% of Louisiana’s major roads are rated in poor or mediocre condition” and that “Louisiana has 12,982 highway bridges, 14% of which are considered structurally deficient.”  Additional findings include that “Louisiana has more bridge area (square meters) in poor conditions than any state in our region.”

Louisiana can control its own destiny

Louisiana does not have to accept the current state of affairs. Louisiana doesn’t have to remain so reliant on the federal government to fund its roads and bridges.  The Center found that “$100 million investment on high priority infrastructure could be expected to generate $400 million in economic benefits.” With this in mind, generating new revenue for roads and bridges will allow Louisiana to control its own destiny and put the State on a path toward long-term, sustained economic growth.